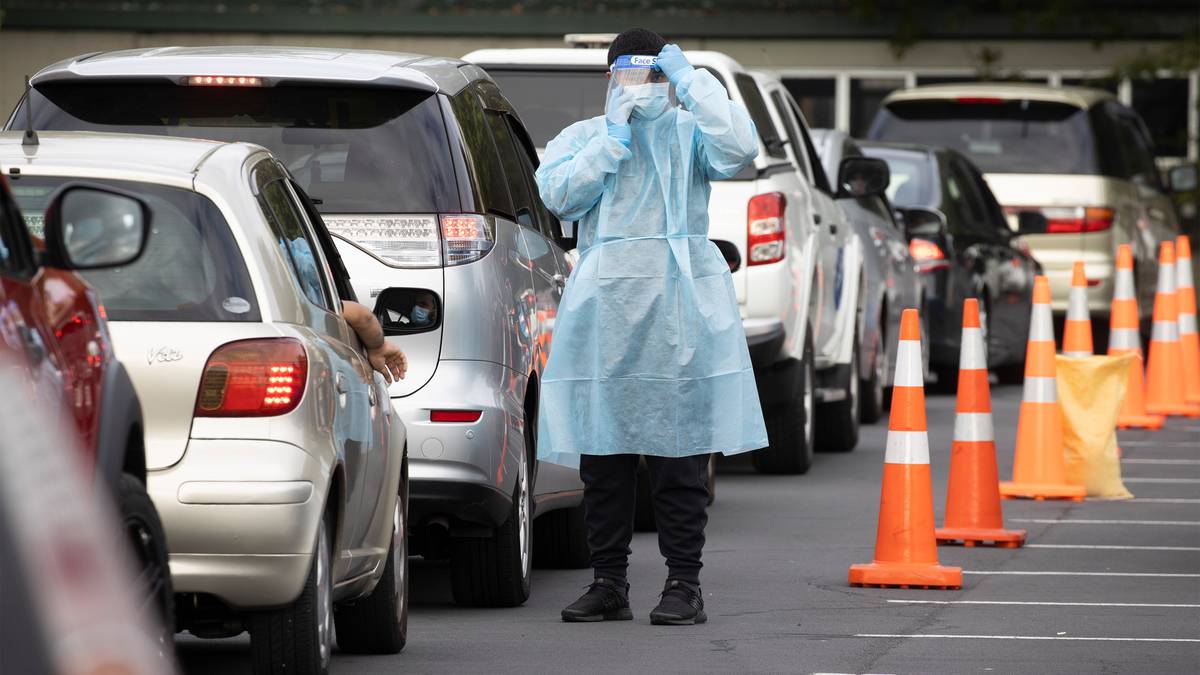 From New Zealand’s first Covid-19 case on February 28 2020 to entering another alert level 3 lockdown on February 28 2021 – here’s a timeline of the milestones and setbacks we’ve all endured. Video / NZ Herald

The latest Covid-19 community case had contact with an infected family during alert level 3, the Prime Minister says.

Jacinda Ardern’s comments come after it was revealed a recent case went to the gym when he should have been at home after having a Covid test – something that has angered many in the community and generated numerous calls for greater consequences for those who don’t self-isolate.

Ardern says there is a confirmed link between the latest positive case and an earlier family.

Ardern told Newstalk ZB’s Mike Hosking this means there was a direct chain of transmission in the current outbreak.

She said after a number of interviews, officials discovered the new contact.

The two families had contact under level 3, Ardern said.

“Obviously we’ve had contact here in level 3 when it shouldn’t have happened,” she said.

“This was a family who was already identified as having Covid and so was part of contact tracing and did not identify that they did have contact with this family,” Ardern said.

“So that means we go back, we re-interview and say ‘now that we have identified that this has happened, we haven’t had all of your contacts, are there others?’ and we do all we can to identify whether or not there’s anyone else that there’s been contact with.”

“The most important thing to us is people just telling us. Obviously, we’ve had contact here in level 3 when it should not have happened but the best thing people can do is still tell us the truth,” said Ardern.

Ardern told The AM Show the person had been interviewed by officials and did not disclose the meet-up.

“Whether or not they forgot or lied, I cannot tell you and it’s obviously had devastating consequences,” she said.

She said whether or not any action would result was not up to her.

“People do dumb things but we’re not going to get through this if people pillory them to the point they do not tell the truth.”

She said there were multiple breaches that happened across two families at the centre of the outbreak.

“A decision on whether enforcement action happens or not is not mine,” she said.

Ardern said she was constantly in two minds over saving people from dying and keeping people onside to follow rules.

“It’s a difficult dilemma,” said Ardern, who admitted she was angry.

She hoped the greatest deterrent was witnessing what was happening right now with the heightened level of public accountability.

She wanted people to be honest with health officials.

“We have been here before,” she said, referring to people who were not compliant during Auckland’s August outbreak.

The PM told Hosking that people in isolation were subject to daily checks by health officials and, for the most part, were following the rules.

She said there was no excuse for what happened.

And she has a blunt message for anyone who is not complying with isolation rules – expect a knock at the door from police.

When people went to a GP for a test, staff made it very clear to stay home after they have a test, she said.

Of the long queues of motorists trying to get back into Auckland, Ardern said what we saw happen on the roads yesterday was the effect of a lockdown taking place in the middle of a weekend.

She said the Government did not want additional people in Auckland in a heightened alert setting.

Additional staff from defence have been drafted in to help ease queues.

“MBIE here have done an incredible job. Yes, the first level 3 was tough and we needed to improve at the border. Now we have a regime where everyone is just reissued their documents so they are able to move straight away,” she said.

Meanwhile, as Auckland entered its first day at level-3 restrictions, there was chaos and confusion at several police road checkpoints at the region’s borders. Some families were still trying to get home last night after spending 10 hours stuck in traffic at Auckland’s Covid-19 checkpoints.

Aucklanders are back in level-3 restrictions for a full week and the rest of New Zealand is at level 2 after the 21-year-old MIT student – known as Case M – visited various public locations before testing positive.

He then went to the gym when he should have been in isolation. His mother, Case N, has also tested positive.

Last night, a new case – Case 0 – was revealed from the same household, while several new locations of interest were released into the movements of Case M, including an MIT cafe and Pak’nSave Cavendish Drive, as well as new times for Hunter Plaza and the City Fitness gym there.

Too much politics, not enough science

Auckland University Professor of Medicine Des Gorman said the situation the country found itself in was “déjà vu” after the second lockdown in less than a month.

Asked by Hosking whether plans were being made up on the spot, Gorman agreed they were.

He said it showed our “inconsistent risk-management approach”.

Gorman said the Government’s Covid-19 response was too much politics and not enough science.

He was particularly critical of the contact tracing system, which he said hadn’t advanced much from a year ago.

Phoning someone and when you get no answer simply calling again was “profoundly inadequate”.

He said contract tracing teams should be visiting homes to track someone down at that point.

Gorman was also unsure of public health messaging, querying what the 21-year-old Covid-19 case who went to the gym after getting a virus test was told by his GP.

The country is waiting to find out if any of the people he’s been in contact with will go on to test positive for the UK strain of the virus – something the experts say is a real possibility.

“There may be multiple people who are currently incubating the virus [in the community] and will test positive in the next few days,” microbiologist Siouxsie Wiles told the Herald.

And, Wiles said, it was not “hugely clear yet” whether level 3 restrictions would be good enough when it comes to this outbreak.

“Certainly, level 4 restrictions would deal with [the outbreak] faster because there are much fewer interactions between people.”

She said changing alert levels is something that officials might have to look at over the coming days, if new community cases are detected.

Testing has revealed that the sequencing of the student and his mother shows close links to another Papatoetoe family, with members who have already tested positive.

If this link is confirmed, it would be good news, meaning the new cases are from the same Valentine’s Day cluster that generated a three-day lockdown for Aucklanders earlier this month, rather than a new unknown outbreak.

“That reinforces that we are still only looking for one source of infection,” said director general of health Dr Ashley Bloomfield.

Last night another person not linked to the 21-year-old tested positive but there is no risk to the community as they were already in quarantine with relatives as a precaution during the time they were infectious.

Bloomfield said that level 3 restrictions were enough to handle the outbreak “at this point”.

“As long as everybody does what they need to do in alert level 3.”

Ardern said preventing death was the “primary reason” behind the short and sharp lockdowns.

“It is to save our people’s lives, and to save their livelihoods.”

Because the latest cases are of the highly transmissible and unpredictable UK strain she said it was unlikely Auckland would be moving out of level 3 before the seven-day lockdown was finished.

Arden acknowledged the “frustration” at the fact case M broke isolation rules and went out when he should have been isolating at home – a move which she said had “dire consequences”.

And she is clearly not alone, with many Aucklanders taking to social media to vent their frustration.

Papatoetoe High School principal Vaughan Couillault said the non-compliance would have irritated everyone who was obeying the rules.

But, he said attacking the person who made the mistake was not helpful.

Ardern agreed – “No one wants Covid in our community. But equality we won’t beat it by turning on each other”.

That does not mean, however, the Government is sitting on its hands when it comes to making sure people who need to be isolating are at home.

At the moment, health officials check in on people who are meant to be isolating via a phone call.

If a health official can’t get hold of someone who is meant to be isolating, there will be an in-person visit which could involve the police, if necessary.

But National is calling for the Government to go further.

For example, random phone calls to those who should be in isolation and a request for them to confirm their location with a video call or photographic evidence.

“This means regular spot checks, and if no contact is made within 24 hours then the police are involved,”

Meanwhile, Ardern has confirmed that the people in South Auckland will receive the vaccine first when it comes to the general rollout midway through the year.

“It would make absolute sense that we would start a vaccination programme in areas like South Auckland as there is higher risk there.”

She said 75 per cent of people who have been vaccinated so far have been from this area – these are frontline border and MIQ workers.

“Our border workforce is predominantly a South Auckland workforce.”